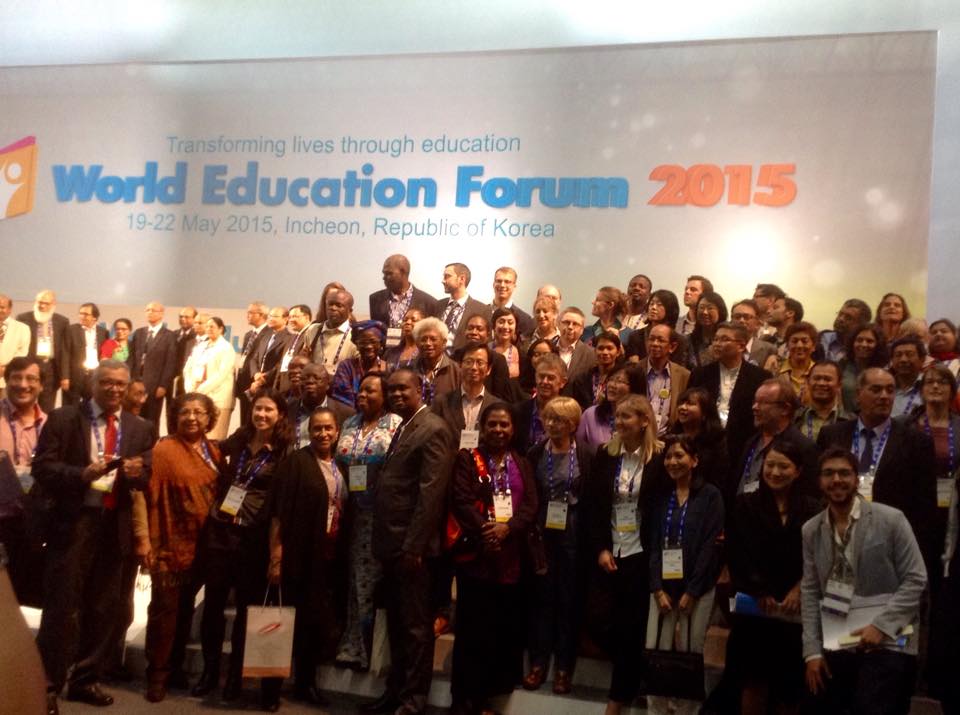 Participants of the World Education Forum after the Closing Ceremony

The World Education Forum 2015 took place in May 18-21, in Incheon, Republic of korea. More than 1,500 participants were invited by the UNESCO Director General Irina Bokova, with more than 100 Ministers of Education, heads and members of delegations, heads of agencies and officials of multilateral and bilateral organizations, and representatives of civil society, the teaching profession, youth and the private sector. Along UNESCO, the Government of Korea, UNICEF, the World Bank, UNFPA, UNDP, UN Women, and UNHCR, made contributions to lead this milestone event for Education 2030.

On this historic occasion, we reafirm the vision of the worldwide movement for Education for All (EFA) initiated in Jomtien in 1990 and reiterated in Dakar in 2000 – the most important commitment to education in recent decades and which has helped drive significant progress in education. Having taken stock of progress made towards the EFA goals since 2000 and the education-related Millennium Development Goals (MDGs) as well as the lessons learned, and having examined the remaining challenges and deliberated on the proposed 2030 education agenda and the Framework for Action as well as on future priorities and strategies for its achievement, the participants have adopted the Incheon Declaration “Education 2030: Towards inclusive and equitable quality education and lifelong learning for all.“

Before the official start of the World Education Forum 2015, the 2015 NGO Forum took place with civil society represents from all the world, where was asopted the “2015 NGO Forum Declaration: Towards the Right to Inclusive Quality Public Education and Lifelong Learning Beyond 2015.“

During the press conference celebrated after the Open Ceremony of the World Education Forum 2015, UNESCO Director-General Irina Bokova, and the Secretary-General of the United Nations, Ban Ki-moon, they expressed the important role of building a global citizenship to be succeed with the educational targets of the Sustainable Development Goals for 2030. 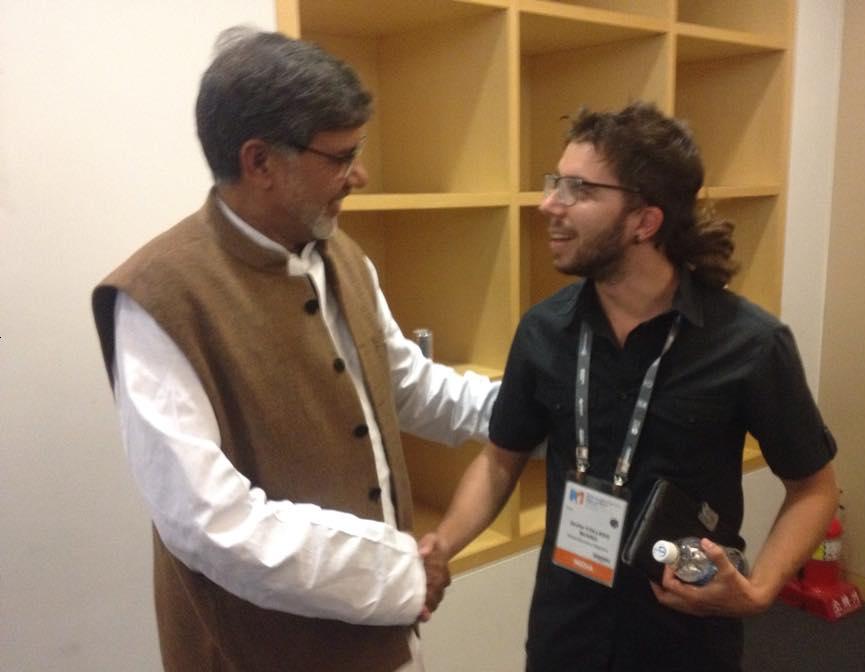 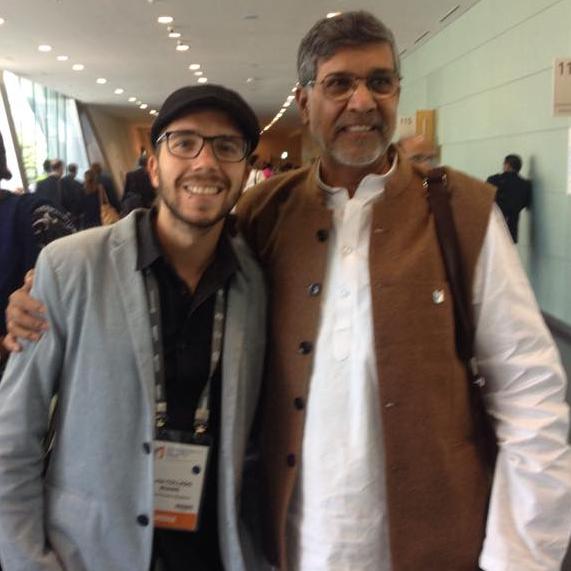 The presence of Mr. Kailash Satyarthi (avobe), 2014 Nobel Peace Prize along Malala Yousafzai, was highlighted in the World Education Forum 2015. Javier Collado had the opportunity to interview him for the next edition of Global Education Magazine, with occasion of the International Youth Day. 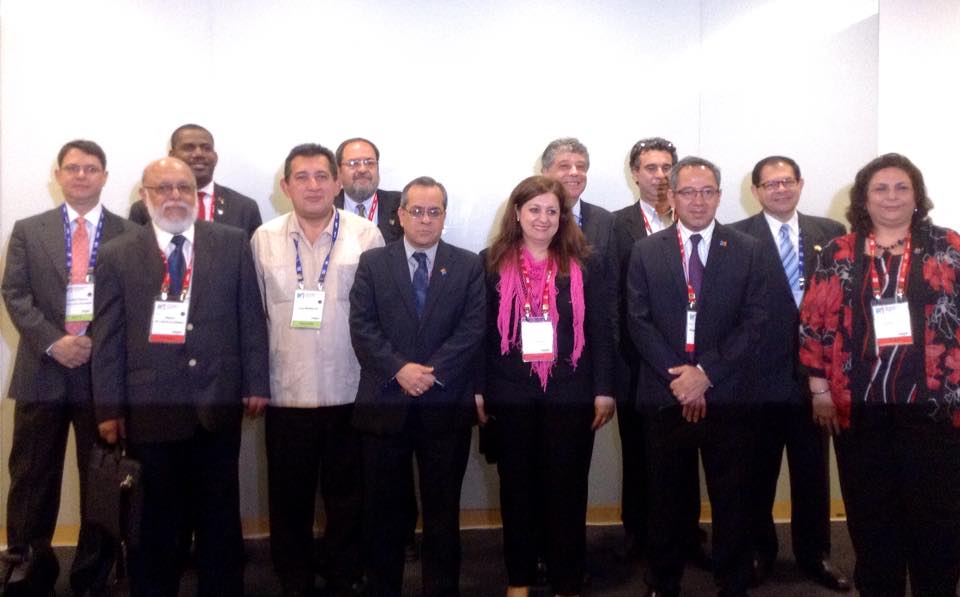 Representatives and Ministers of Education and Culture of Latin America and the Caribbean gathered at the World Education Forum 2015 during the May 21 joint statement.

In harmony with the new educational agenda 2030, the Ministers of Education and Culture of Latin America and the Caribbean prepared an official statement in which they compromised to advance in quality education systems, reaffirming that education is a fundamental human right, the basis for ensuring the realization of other rights, and is essential for prosperity and peaceful, inclusive, equitable, and sustainable growth in the region. During the meetings, we also had the opportunity to interview the Minister of Education of Brazil, Mr. Renato Janine Ribeiro (left) and Minister of Education of the Plurinational State of Bolivia, Mr. Roberto Aguilar Gomez (right). 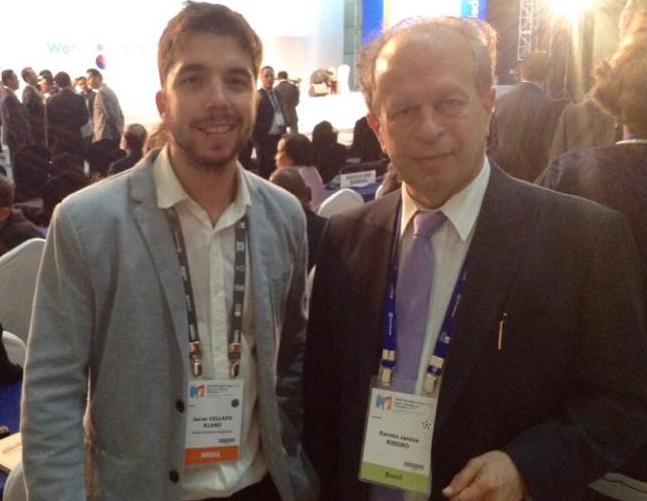 The World Education Forum 2015 was a meeting point between the different educational agents worldwide to promote participatory contexts and including cultural diversity to achieve the targets of post-2015 sustainable development agenda. A commitment fixed in Rio+20 where the Open Working Group led by Prof. Jeffrey Sachs has been working in the last months to elaborate the objectives and indicators of the new Sustainable Development Goals (ODS) for 2030, where education is the SDG4 and seeks to ensure an inclusive, equitable and quality education promoting lifelong learning for all. 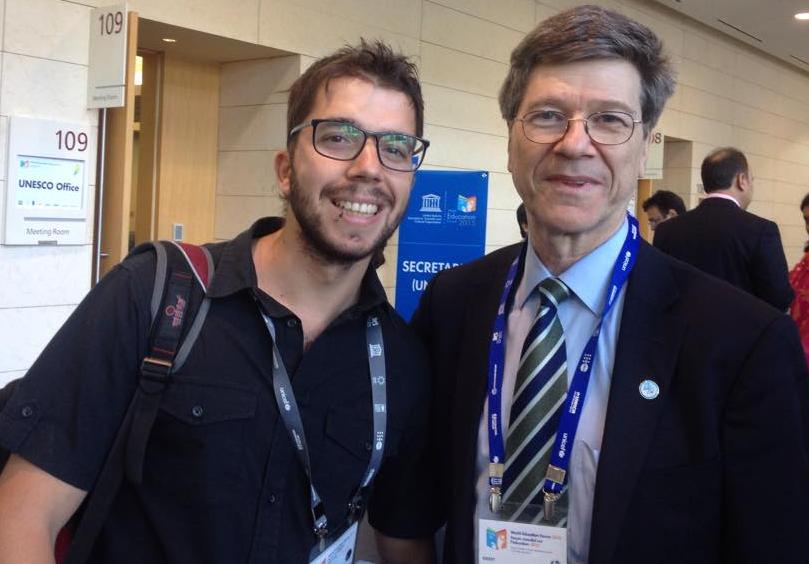