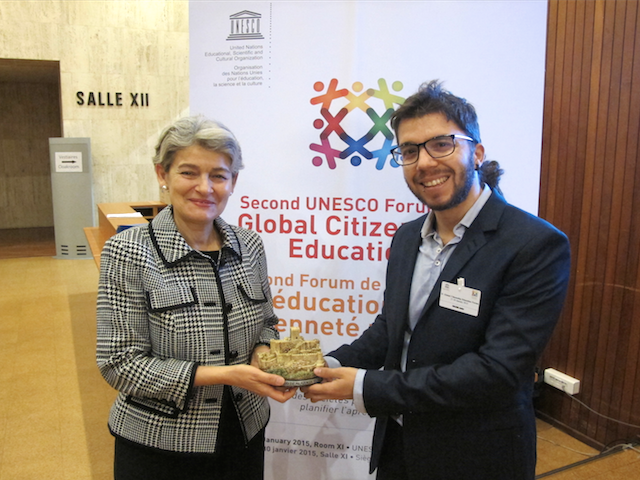 Second UNESCO Forum on Global Citizenship Education (GCED) Building Peaceful and Sustainable Societies: Preparing for Post-2015 took place on January 28-30, 2015, in UNESCO Head-Quarter Paris. Global Citizenship Education (GCED) aims to equip learners of all ages with those values, knowledge and skills that are based on and instill respect for human rights, social justice, diversity, gender equality, and environmental sustainability and that empower leaners to be responsible global citizens. GCED gives learners the competencies and opportunity to realize their rights and obligations to promote a better world and future for all.

For measurement purposes and the development of educational goals, objetives and learning outcomes, UNESCO made a consultation with experts from around the world, where Javier Collado Ruano was invited as Director of Edition at Global Education Magazine. During the congress, Director-General of UNESCO Irina Bokova received the reward of Honorary Membership in Global Education Magazine for her life commitment in Education, Peace, Human Rights, and Sustainable Development.

At the international event, Javier Collado had the opportunity to let experts know about his work “Global Citizenship Education and Sustainable Development Goals: A Transdisciplinary and Biomimetic Perspective“, a research that seeks to integrate eco-ethics as a pedagogical practice in the implementation of the GCED: identifying the vital axises that constitute the interdependence of ecosystems to make a biomimetic application in social, political, and educational structures of human systems. 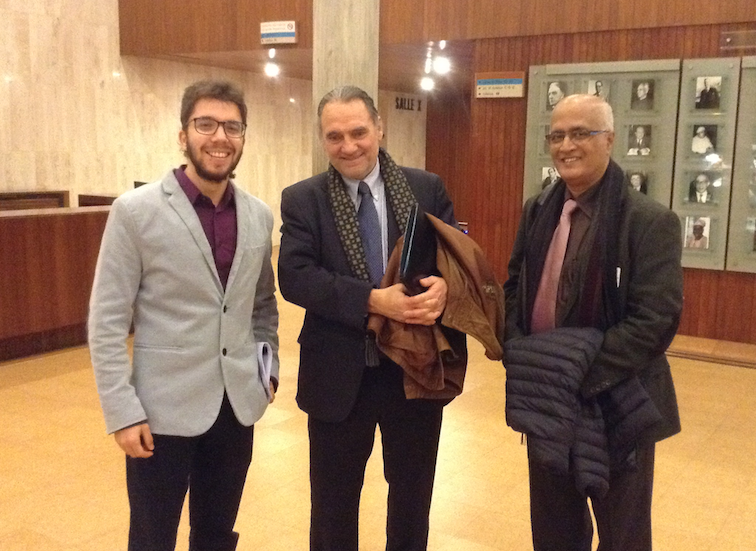