Last day september 10th 2012, Education for Life NGO President, Javier Collado, had the opportunity to meet and dialogues with Ms. Leymah Gbowee during her conference at “Frontiers of Thought” celebrated in Salvador of Bahia, Brazil. 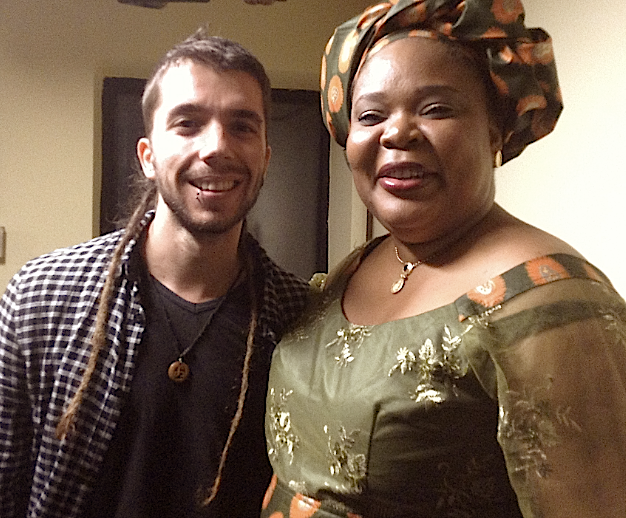 Liberian activist Leymah Gbowee was responsible for organizing the movement that helped bring an end to the Second Liberian Civil War in 2003. His recovery work with children who were child soldiers during the war, promoted by Charles Taylor, made ​​known worldwide. Mother of six children, Gbowee says that social changes must be performed by mothers. Today, she is director of Women Peace and Security Network – Africa-WIPSEN.

In 2011, Gbowee was one of three personalities winning the Nobel Peace Prize along with his compatriot Ellen Johnson-Sirleaf, the first woman to lead Liberia and Yemeni Tawakel Karman, their struggle on behalf of women’s rights. Author of Warriors of Peace, edited by the Company of the letters in 2012, is also the main character of the documentary Pray the Devil Back to Hell, which portrays his life and fight against the militias in Africa.
On International Women’s Day, Javier Collado interviewed the Nobel Peace Prize in the journal Global Education Magazine.